You are here: Home1 / About Us

On March 16,1897, a group, of citizens realized that the increasing number of total losses of properties involved by fire called for some action to form a Volunteer Fire Department. So, on this date, 28 charter members signed up as volunteer firemen and elected Brewster C. Kenyon, Captain; John McPherson, (a carpenter), First Lieutenant; William (Billie) Craig, son of William M Craig, proprietor of the Iowa Villa, First Street and Pine Avenue was elected Second Lieutenant. Funds were appropriated by the Board of Trustees for a hand drawn ladder truck, which carried leather buckets, axes, etc. This apparatus was housed in a building in the alley between Ocean Avenue and First Street, Pine and Pacific Avenues. Several types of entertainment were held to raise funds for the purchase of helmets, shirts, belts, etc., for the members.

Brewster Kenyon resigned in the spring of 1898 to accept a commission in the U.S. Army for the Spanish-American War. Several other members also resigned to enter the Armed Services, which caused this group to disband in favor of the war.

From 1900 to 1907 the following Board of Trustees were in office: C.J. Walker, President of the Board (Mayor); George Sanford, T.A. Stephens, C.H. Henderson, and R.S. Oakford. They recognized the need that some sort of a more permanent firefighting organization was mandatory. On May 27, 1902, the Board of Trustees, called a citizens’ meeting at City Hall, with Mr. Jacob Kuhrts, an experienced Fire Commissioner from Los Angeles, as the principal speaker. From his expert knowledge of the necessity of organizing a trained group for the purpose of combating fires, the Trustees gave the go ahead signal to organize the first Fire Department since Long Beach had become a City. Mr. Kuhrts was voted an Honorary Member of the new organization. J.F. Corbet was elected Chief with H.D. Wilson as Assistant Chief. Business commitments soon caused the resignation of Mr. Corbet as well as that of H.D. Wilson. Under a reorganization plan J.E. Shrewsbury, was elected Chief and N.C. Lollich as Assistant Chief; Hugh Wilson, Secretary; and F.C. Foote as Treasurer. G.C. Craw was named Foreman of Hose Company No.1, with J. Robertson his assistant. J.H. Morgan was Foreman of Hose Company No.2, with E.J. Fisher his assistant. The hook and ladder had E.O. Dorsett, as Foreman and G. Gaylord as assistant.

All the apparatus was hand drawn at this time and housed in a building at the rear of and connected to City Hall. A large bell had recently been purchased and placed on a tower near the fire station. When a fire occurred, this bell would be tolled to call out the volunteers. Later, an agreement was made with several transfer company men who operated horse drawn wagons, that upon hearing the fire bell, the first one reaching the hose cart or ladder truck, would be permitted to haul them to the fire and receive compensation for this work. This was the forerunner of the horse drawn apparatus. 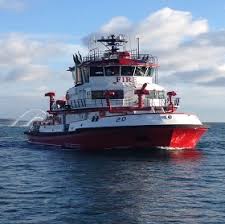